Slayer is a high action, fast-paced story about a girl whose entire life is uprooted by one single revelation about who they are. It follows the character of Athena, nicknamed Nina, who has grown up as a medic within the Watcher circle, and has often felt pushed aside in favour of her more capable sister, Artemis. But things change when Nina finds out that she is The Last Slayer. Ever. Now she has to balance family and friends, training and demons as she tries to figure out where she belongs in this new world.

It is very much set in the Buffy verse, but you don’t need to have watched the show or read the comics to know what was going on – anything of importance is explained, particularly the catalyst of the book. (I have watched very little and still understood what was happening without any struggle).

Kiersten White’s writing is engaging and easy to read. She writes fight scenes quite well which keeps the action and movement going. I enjoyed White’s writing in And I Darken, and while the stories are very different, the skill of word is still evident.

She is also very good at getting into a character’s head and using their voice to tell a unique story. Nina is a sympathetic character, whose motivations and confusions are explained well throughout the story – you never have to wonder why she’s doing something. This is consistent throughout.

Aside from Nina, all the characters are clear in their beliefs and in reasons behind their actions. Cillian, in particular, was definitely a winner for a character I adored – he is a sweet and witty character, that I definitely want more and more of in the future of this series. There were also a ton of badass fighting women who did the very most at all times, which was amazing to read about. Artemis’ struggle in dealing with her before and after is understandable, and Honora is an interesting character that I would love to read more about. The end of the book definitely leads me to hope that there will be far more about them both in the future!

All the characters have well-developed relationships, whether there are good or bad. There is a lot of history with a lot of these characters, but White does well at explaining where tensions stem from, past traumas and events that brought characters together or tore them apart. I really enjoyed reading about Nina’s relationship with her sister, and both of them with their parents – how things have changed, what they perceive to the causes of these changes.

Romantically, the romances were mostly well established. I enjoyed the main romance aspect = not giving away any names in this book although it is pretty obvious as soon as you start reading – as I found both characters enjoyable to read about.

In terms of diversity, I can say that this book has LGBTQ+ characters, both girls loving girls and guys loving guys.

There are a few cliches within the story which could grate on some but I feel that a Buffy fan would just find that it fits in well with how the original story was told. However, because of these tropes being followed, I found that I predicted how the story was going to end.

Overall, I did really enjoy Slayer. I didn’t want to put it down, constantly finding a reason to pick it up again. I liked Kiersten’s writing style and I enjoyed the character struggles. If this is an anticipated read of yours, or if you are a big fan of the Buffy verse, I don’t think you’ll be disappointed! 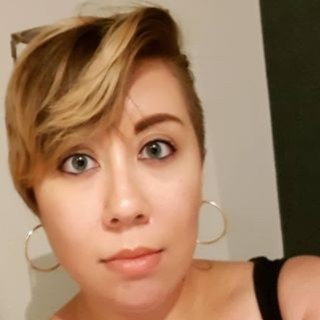